Re: Please Stand With Ukraine

I kindly ask that you and our government stand with the people of Ukraine who want to live in peace and prosperity, free of Russia’s aggression.

Since invading Ukraine in 2014 and illegally occupying Crimea, Russia has waged a war of aggression in the east Ukrainian oblasts of Donetsk and Luhansk. This war has cost Ukraine over 14,000 dead, over 30,000 wounded and 1.5 million internally displaced people.

We must respond with unity and resolve to Russia’s increasing threats against Ukraine and other countries in the region. I call on you to support:

Ukraine needs us to act now to support Ukraine’s independence and prevent a further Russian invasion.

Russia’s war against Ukraine has resulted in over 14,000 deaths, a quarter of which are civilians, 30,000 wounded, and over 1.5 million internally displaced persons. This war is the longest military conflict in Europe since World War II, and its resolution will undoubtedly impact the future of peace in Europe.

It is the position of the UWC that the territorial integrity of Ukraine must be fully restored. This involves the de-occupation by the Russian Federation of Crimea and parts of the Donetsk and Luhansk oblasts, and the establishment of peace and security on sovereign Ukrainian territory. Specifically, the UWC calls for:

The withdrawal of all Russian troops, mercenaries, weapons and materiel from Ukrainian territory;

Favourable conditions for the peaceful return to their homes of the displaced residents of the Donbas region;

Russia assuming full responsibility for rebuilding war-torn Ukraine and paying reparations to all affected by their war against Ukraine;

The expedited release of all political prisoners and hostages being unlawfully detained by the Russian Federation in Russia and on the occupied Ukrainian territories. 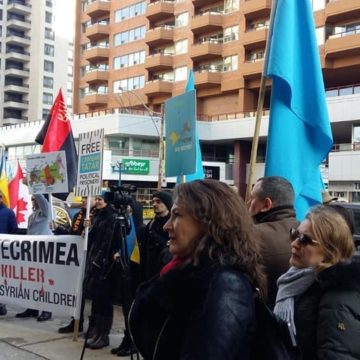 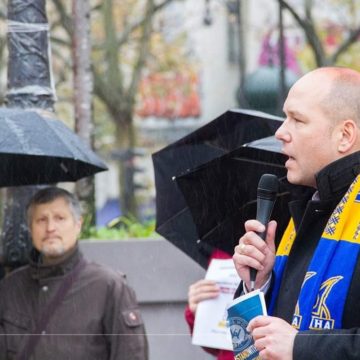 With the goal of ending Russia’s aggression against Ukraine, and restoring peace and security to sovereign Ukrainian territory, the UWC urges the international community to:

Strengthen and further expand international sanctions against Russia until Russia de-occupies the sovereign Ukrainian territory of Crimea and parts of the Donetsk and Luhansk oblasts;

Provide humanitarian aid to Ukraine to assist individuals, both military and civilian, directly affected by the war in rebuilding lives;

Stop the construction of the North Stream 2 pipeline.